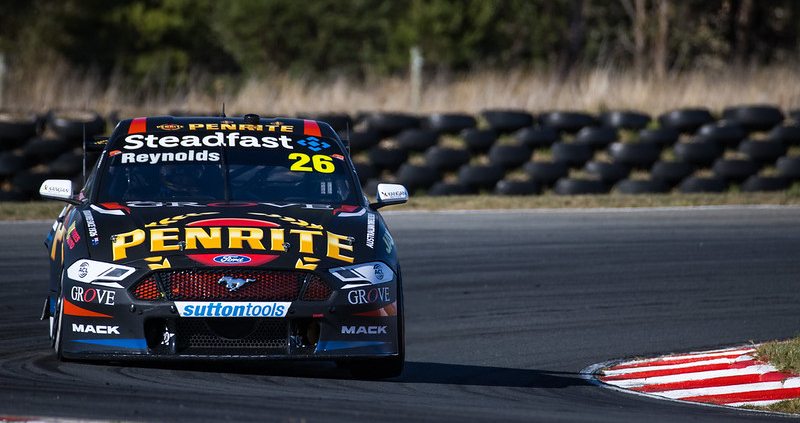 David Reynolds and the Penrite Racing Mustang will visit The Bend Motorsport Park in South Australia this weekend for fourth round of the 2021 Repco Supercars Championship.

The OTR SuperSprint will see Races 9, 10 and 11 of the season take place at the newest venue on the calendar, approximately 100 kilometres south-east of Adelaide.

Following a strong start to his 2021 campaign, including a stunning podium at the Penrite Oil Sandown SuperSprint in only his second event since joining Kelly Grove Racing, Reynolds is looking to capitalise on his recent competitive form as he tackles the 4.95-kilometre International Circuit for the first time at the wheel of his Penrite Racing Mustang.

“It gave us a huge problem to solve, not only in the race but before the race, as we had to plan and really think about what we could run,” he added. “That’s a perfect scenario. The track layout made for good racing – you didn’t really know who was going to win.”

“The knockout qualifying can throw up a few challenges,” Reynolds explained. “I like that it can mix the grid up; it actually makes you think and strategise a bit.”

Reynolds goes into this weekend having climbed to seventh in the championship after a strong showing at the most recent round at Symmons Plains, Tasmania, where he posted top ten finishes in both of Sunday’s races.

The first session for Reynolds and the Penrite Racing Mustang will take place at 8:45am (ACST) Saturday May 8, with the OTR SuperSprint broadcast live on Foxtel, streamed on Kayo with highlights on 7 and 7 Plus.

Reynolds recovers after carnage at The Bend
Scroll to top