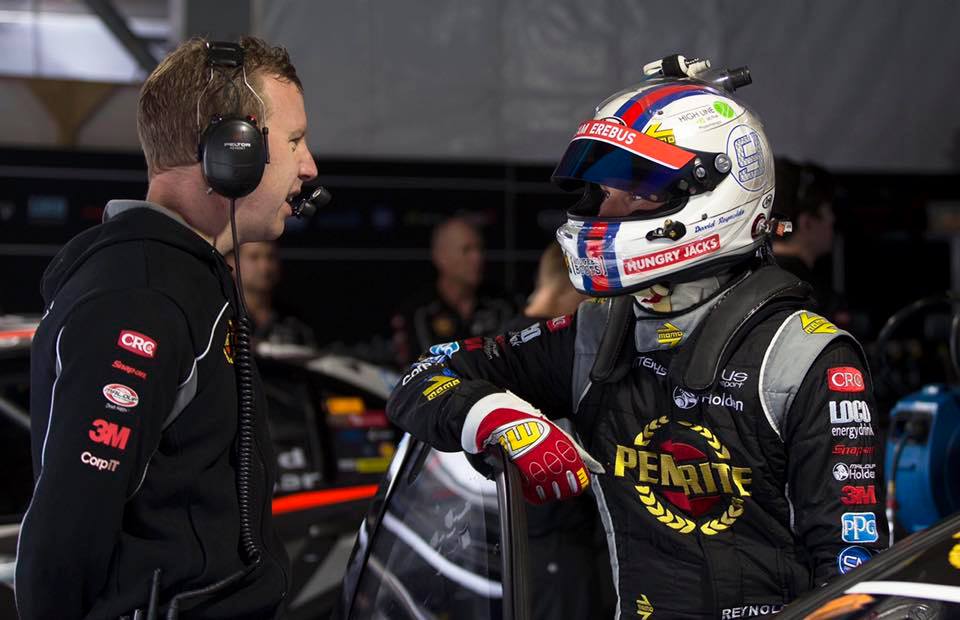 Well, that certainly could have gone better!

The wet weather on Saturday was just horrendous and things did not go too well for us. The last time it rained during a Supercars race on the GC was back in 2002 or something, so a lot of people were feeling pretty sketchy!

In the race, we got some damage to the door, and so had to climb in and out of the window for our driver change because the door wouldn’t open – that certainly was not ideal, but it did earn us some extra TV time, so I guess that is a good thing! On the bright side though, we did learn a lot from both cars, and I think we will be better prepared next time.

Come Sunday, the sun came back out which was good, and we had good pace in the dry and we went into the shootout P2. Unfortunately, I kind of went and ruined it myself. I think we easily had a front row car, but I just over tried and locked it up into turn four and threw away some time. Then in the race, Luke made a small mistake and hit the fence – that kind of thing tends to happen around there! They don’t call it the concrete canyon for nothing.

All in all, a pretty average weekend at the race track and we certainly could have had a better one, but that’s what happens sometimes. We will take the lessons and look ahead to jetting over to New Zealand in a few weeks for Pukekohe Raceway.

I really enjoy heading over to NZ, it is a great place, and the track has some of the wildest corners that I have ever raced on. I have had some reasonable success there in the past and I think our car will be suited to it, so here is hoping we can have a better weekend there.

See you at the track,