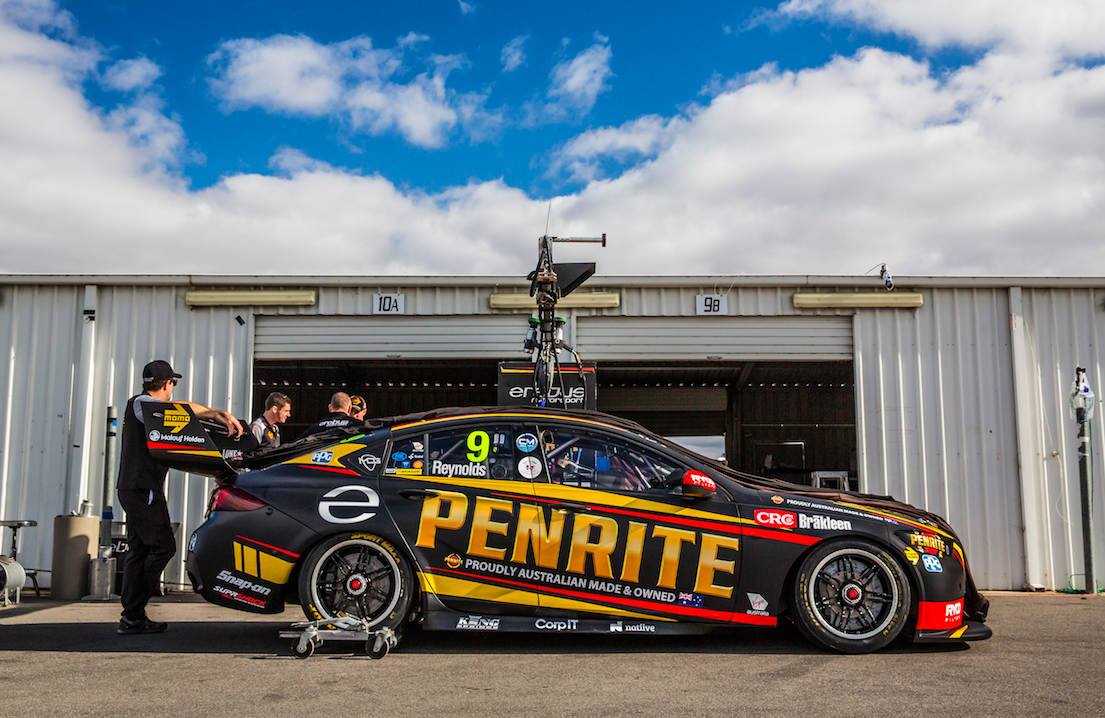 My very first time ever at any racetrack was at Winton. I’m from Albury Wodonga – which is about an hour from Winton. My dad took me there on my ‘L’ plates in my Mums WRX on a Winton ‘Fun Day’. A ‘Fun Day’ was that you could pay $10 and could bring any type of car you wanted and just pound around all day.

Dad didn’t say anything to Mum, so when Mum got in the car, the brakes were run out of it, the tyres were busted and the car was kind of…. trashed. Sorry Mum!

So… my history’s not the best at Winton Raceway, I’ve never had a podium – so my record isn’t great there.

Last year we finished 4th and 7th, we generally tend to go better in the races, but haven’t had the best qualifying car. Last year I qualified 14th and 13th, but managed to race close to the top five.

The best way to describe this track is that it’s like doing a marathon around your clothesline! On Sunday’s race, it’s about 67 laps and it’s one of the hardest tracks we do all year, because you never get a rest, you’re flat out driving it all the time.

It’s a short ratio for the diff, so you’re always pulling gears and working the wheel. It’s just a very technical track, you’re doing a lot of turning, so if you’ve got a lot of under steer you don’t qualify well, but you tend to race quite well because the balance gets better as the race goes on.

This track has the second slowest average speed of 137km/h and one of the slowest top speeds of 225km/h. The 200km race takes the longest out of any 200km race we do for the year. It’s one of the most demanding tracks because you’re constantly breaking and constantly turning.

The surface is really good – so you feel like you’re doing qualifying laps the whole race. Last year, I was absolutely spent when I got out of the car, I could barely drive back to Melbourne!

There are a lot of second gear corners, fundamentally it’s one of the hardest tracks to pass at and it’s easy to get stuck behind someone.

The key to this track is that you need a car that turns quite well. You’ve got to have a lot of turn to make the car fast – as you’re turning constantly. A quarter of the time you’re at 100% throttle, so most of the other time you’re either on the break or driving out of the corners – it’s busy!

This weekend, there’s a half an hour co – driver session on Friday. Although Luke (Youlden) will be my co – driver again this year, Will brown will also be cutting laps and half way through the session they will swap cars. So each co – driver will get a chance in both car #9 and #99. It will be great to get the honest feedback of both cars and see how they like it!

We will be running a soft tyre for this round. The track got resurfaced in 2015, so the surface is pretty good and there’s not a lot of tyre degradation so it makes for really good racing. As a driver we love that, because we can push qualifying laps all the time and not have to worry about the tyres wearing out and having to conserve our tyre enegy for later in the race.

The additional drivers practice kicks off on Friday 18th May at 10:05am, before Practice 1 at 12pm.

Hope to see you at the track!