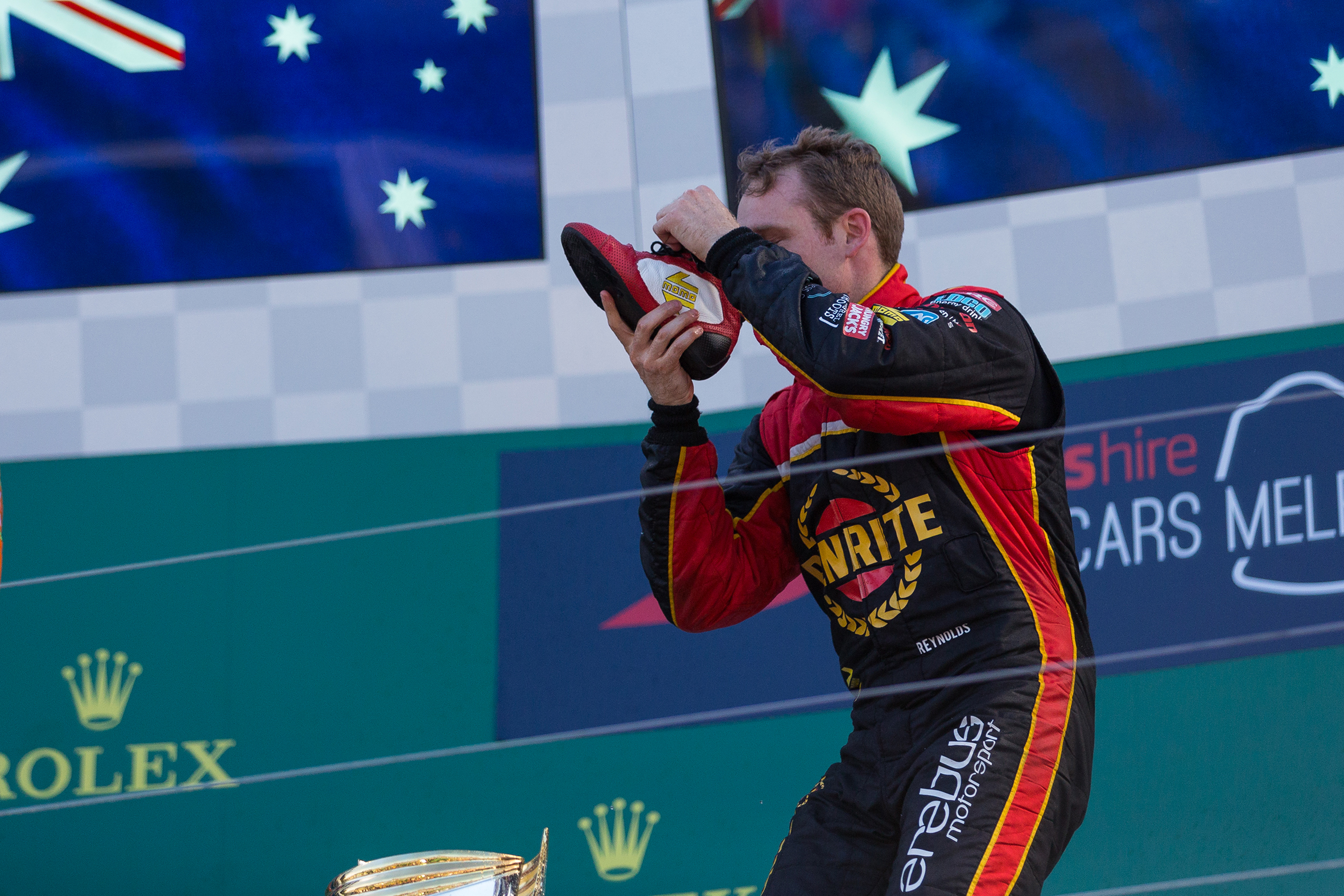 Wow! What a whirlwind of a weekend. Up until Sunday was pretty disappointing. We qualified sixth, eighth, ninth and second. We placed seventh, 12th, 14th and first in the races. If I didn’t win Sunday’s Race 6, it would have been a pretty average weekend.

I couldn’t be prouder of the team – their efforts were just outstanding and to finish the weekend standing on the top step of the podium playing the Formula One music was really cool. It definitely isn’t one of our hardest races being just 13 laps, but it’s very intense. It’s the best start to a season I’ve ever had and to sit second after this round is a really good feeling.

Everyone at Erebus Motorsport is really striving to be so much better now – because we know what we can do! We’re trying to set high goals for everyone to achieve. If you aim for 10th, you’re only looking at 10th. We aim to be in the hunt and that’s what we’re doing.

It’s funny; usually I wake up about six months into the Championship and go good for the last six months. So technically, I’m still sleeping. Let’s hope that’s the case any way!

Now it’s onto the Tyrepower Tasmania SuperSprint 6-8 April and we certainly still have some work to do. As far as set-up goes, we’ve got areas we need to work on, but generally our pit stops let us down this weekend.

We do really perfect pit stops when we have to do fuel times, but when we do four or five-second wheel changes, we just haven’t practiced enough. Everyone has different techniques and we need to standardise everything and practice more. But that’s okay – practice makes perfect!

Time to re-group and look ahead to the next round.

See you all in a couple of weeks!